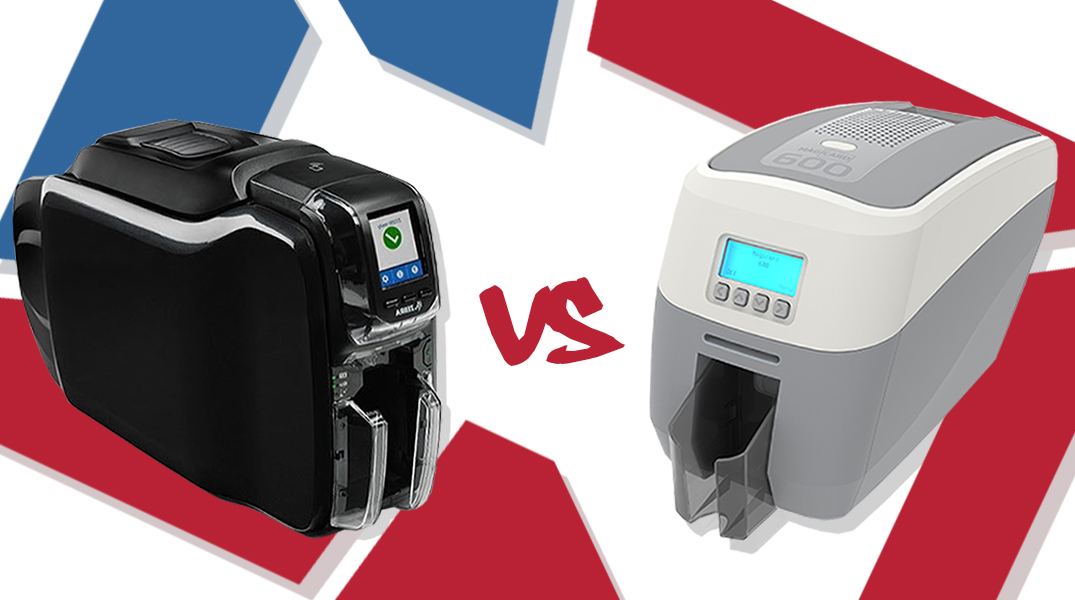 Magicard 600 and Zebra ZC350 are two ID card printers which have greatly increased in popularity in recent days. Each delivers outstanding levels of utility and efficiency in many different workplace settings, and come with a slew of features intended to help produce the best-looking ID cards you’ve ever seen. Following is a look at each which should be useful in helping you to decide which printer you should buy, including additional information about the Magicard 600 release date this coming April.

The Magicard 600 was initially designed as a solution to the new security protocols and standards put in place by the European Union, called the GDPR requirements. As a result, the Magicard 600 claims to be the most secure ID Card Printer on the market. With the addition of a new ‘digital shredding protocol’, the printer is capable of destroy the repository data it used to create the encrypted ID card, it’s easy to see how it very well may become the industry leader in cyber security. Additionally, the Magicard 600 runs off of a highly capable threat benchmark that makes vulnerability assessments and real-time security patches as needed and comes with a new, patented, visual security system called the Holokote®. More on that to come.

The Zebra ZC350 a discrete, compact, and slim ID Card Printer that fits elegantly into any space. Its design and functionality is catered specifically to hospitality and retail but its usefulness can certainly be applied to a variety of businesses, organizations, and locations such as financial services, healthcare, access control, retail, and education. Although it’s a very sophisticated device it lacks the same level of organizational security that the Magicard offers on a purely data-driven level. It does, however, make tradeoffs in offering more physical security such as a turn-key lock on the top of the device that stores sensitive materials such as ink ribbons, blank cards, and rejected cards that could expose gaps in security. Additionally, the Zebra ZC350 does not offer Magicard’s patented Holokote®, but does offer a comparable pearlescent coat that offers the same functionality and quality. The pearlescent layer which lets you add color-shifting images works well in the detection of counterfeits. There is also a dye receptive layer option which you can use to bring 3D effects on printed cards. This lasts longer than standard topcoat ink and you can adjust the durability level as well.

The Magicard 600 touts an uncommon 600x300dpi printing quality ratio which, according to Magicard, optimizes small text and details allowing for more design flexibility. Both cards offer 100 card feeders, but the Magicard offers faster printing capability for more options bundled with their patented Holokote®. Each single-sided, full-color card using Holokote®, prints in 20 seconds, which translates to an output rate of 190 cards on the hour. The real benefit of the Holokote® system is revealed when you consider the fact that you can stack 10 different watermarks on top of each other greatly increasing physical security operations.

The printing capabilities of the Zebra ZC350 is on par with the Magicard 600 but on a smaller scale. The ZC350 touts the same level of pearlescent coats and 3d metallic effects as the Magicard 600, however the device prints at an average faster speed with the lower range being 200 cards per hour, 10 more than the average of the competition. However, it does not offer the range in printing capabilities and overlays as the Magicard. That said, the Zebra ZC350 can still very much hold its own in comparison to the majority of the ID card printers on the market.

Which One is Right for You

Making the choice between a Magicard 600 and a Zebra ZC350 can be a difficult one because they have so many of the same features. They both have 100 card feeders, interesting and useful overlays, but ultimately it depends on the size and security of your organization. The Magicard 600, slated to be released on April 1st, is the obvious choice for increased global security and threat detection. This applies to large organizations that need tight security, or small private firms and government offices that require equal protection. The Zebra ZC350, on the other hand, is the most economical choice for service level businesses that cater to the general public. Printing is more efficient, faster, and has less bells and whistles.

You can view and purchase the Zebra ZC350 from Bodno here: https://bodno.com/zebra-zc350-id-card-printer.html?color=38&size=75